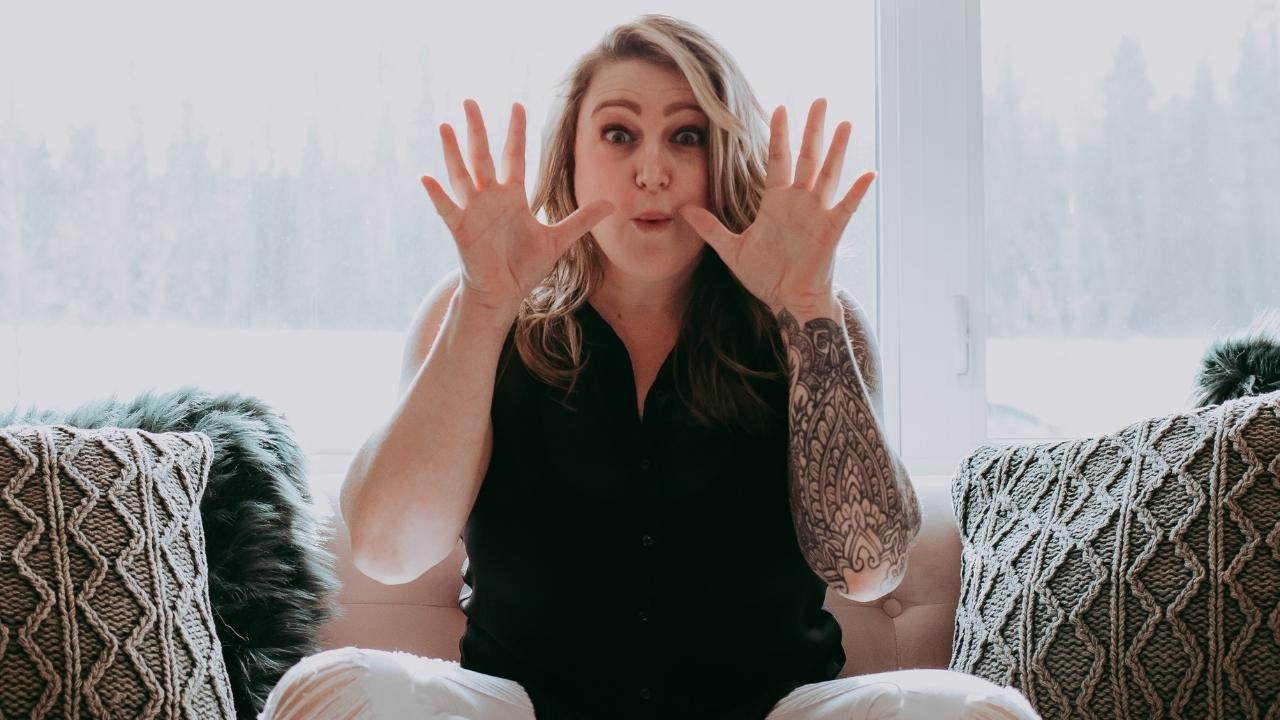 I bet you are wondering what I’m talking about?! Well for almost 5 years my husband and I tried to conceive. We never thought it would be as hard as it was. People always offerer “helpful” advice, my favourite being “just don’t stress so much, as soon as you stop trying it will happen”. I would politely smile and say something kind like I was trying to comfort them but in my head, there were colourful words dancing around with hand gestures and posturing to go along with them. I know they were trying to comfort me and I know I’ve said this to other people thinking I was being comforted.

I decided I needed something for me so I enrolled in an intense hot yoga teacher training in Calgary. In class, I was quiet, hesitant and afraid to be me because the me that entered that training was broken. If I said anything I would burst out and cry. During the training, my dog fell very ill and on Sunday, January 27, 2013, she passed away in my arms. I lost my baby. I was devastated and this only added to the stress. That night, I closed the doors, turned off the light and hugged my other pup and cried.

What was happening in this cruel world, what did I do to deserve this?

I pulled myself together the next day and walked into training and couldn’t even make eye contact with my peers. I was hurting, things were spiralling, my job was no longer secure, my fertility meds were making me unstable emotionally, my dog died, another negative pregnancy test. Another big fat NO.

I decided to finally open up a tiny bit in my training, about my struggle and one kind loving friend looked at me and said “your baby will find you and I believe that”. Cue the tears! Wow! How powerful was that?! I held on to that like it was the key to this journey. She understood, she got it, she gave me hope.  It’s true, you don’t understand until you’ve lived it. The feeling of not being able to become the one thing you always wanted too, the natural transformation a woman’s body was designed to conceive, was all so overwhelming.

After years of peeing on sticks and getting the stupid sad face or the big NO like a punch in the vagina, there it was, a happy face, a big YES!!! I was feeling particularly ill that day, I was lying in bed and I could smell the garbage in the kitchen. Gross. My husband called me a basset hound. Off we went to the doctor, we calculated I was 6.5 weeks! What?! I was 7 weeks and 2 days pregnant when I went to the ultrasound, alone as my husband works away. Something seemed off with the exam, then the radiologist entered the room, “I’m sorry Mrs. Clements, it looks like you have a molar pregnancy”. WTF. Five days later I was having surgery to remove “it”. To me, to my husband, we lost a baby. It was devastating.

Enter the counsellors, “at least it wasn’t a real baby”. It was for us! I know it wasn’t a baby, it couldn’t grow into a baby, it could only grow to be cancer. Yup cancer. In June 2013 I had to go for exams and blood work once a week for 2 months and once per month for a year. I was not allowed to become pregnant and had to stop all fertility treatments. My dream of becoming a mom became delayed yet again!  In my eyes, it was over but my husband was my strength and yoga was my escape.

My parents and friends were such amazing support. My mother is my best friend and she really put up with a lot from me, my moods, my emotions and my impatience. During this time I began to get migraines again, I’ve always been prone to them and they were getting worse, of course, my doctor recommended counselling and anti-depressants but I knew something was wrong with my body. I needed an answer, a diagnosis, a reason why I couldn’t get pregnant, a reason why I felt so unhealthy when I made very healthy conscience decisions.

In September 2013, I had an MRI from a shoulder injury, on October 1st the doctor’s office called saying that I needed to come to discuss my results in the morning. October 2nd I got the results from the MRI, a mass on my thyroid, enlarged thyroid and lymph nodes, scariest words I ever heard, papillary carcinoma…..cancer. The big C!!  One Ativan later and a short sleep and off to Vegas we went. It was a haze but I was able to escape reality. What the hell just happened?!

Two months later I had a full thyroidectomy, 6 lymph nodes removed and a small tumour scrapped off of my trachea. This time I gave up on becoming a mother. I was devastated, I was ordered to be on a low iodine diet to prepare my body for radioactive iodine, I was not to get pregnant so I could do treatment and then a year after. At 31, I felt like this was the end of a dream and I needed to grieve and find a new dream. This was not easy! My marriage was stressed as we were on different pages. I made the decision not to do treatment if it were to delay motherhood, my husband was furious and petrified that my cancer would spread, come back and I would not survive.  We decided to take having a baby off the table completely, for the time being and follow the doctor(s) advice.

In February 2014, I was in the shower and I noticed my breasts were HUGE, I actually laughed and called my husband, he confessed he noticed kept it to himself. My mother noticed I was eating an excessive amount of pickles, when she pointed it out this day, I was after eating 9 dill pickles. She suggested I take a test and laughed and said I bet you’re pregnant. I replied “good one”. I phoned my husband again and jokingly told him my mom thinks I’m pregnant because I ate pickles (ok it was 9 pickles) and he begged me to go get another stick, I was adamant we weren’t pregnant. We weren’t able to conceive and I needed treatment.

So, I took the test and stared at it for 15 minutes, afraid to be happy but I wanted to jump out of my skin with excitement. It said, “you are pregnant”!! Whaaat? We were so excited and so afraid. My husband excitingly made me try 4 more tests, they all said positive, he was too afraid to believe it. 1 in 1000 people experience a molar pregnancy, it is very rare, a second molar pregnancy is rarer but having to experience one, I was at risk for a second. It was terrifying. There were so many things racing through my head, What if my body was too weak from surgery to carry a child, what if it was a mole, what if all of the pain meds and the anxiety meds and the stress hurt the baby.

We found out I was 6 weeks 5 days pregnant at the ultrasound, and there it was, a baby with a beautiful 145bpm heartbeat! That day I became a mother, I fell in love with that little baby and I thanked my cancer! Yes, I appreciated it, loved it and accepted it. Why? If I didn’t get diagnosed, my thyroid removed, my hormones regulated with a tiny pill, this little 6-month-old baby girl wouldn’t be sleeping soundly next to me.

My yoga journey happened unexpectedly when unforeseen challenges in my life led me to my mat. It wasn’t until I was falling apart emotionally that I truly found my passion for yoga. I always wanted to be a mom and after years of trying, I felt defeated. I quit going to the gym and running was no longer an escape, it was as if my stressors was running right alongside me. I was attending classes at a yoga studio in Sylvan Lake and was enjoying it but I still couldn’t be present. It wasn’t until I stepped on my mat at RDHY that I felt it, the connection to m body and my mind. I felt light, I felt present and at the end of my first class, I was in tears. I was in love with my new found practice!! It gave the escape I needed. I completed Calgary Hot Yoga 100hr teacher training and when I finally became pregnant I was fascinated by how my body was changing and how women’s bodies change and grow with each new day. I needed knowledge. I needed to know how to work with my new body, what to expect from my body and how to care for it during pregnancy and postpartum. I enrolled in the 85hr YTT with Mamata Yoga and it was so much more than I expected!! It was fascinating!! I am passionate about my practice and in love with being a new mom. I hope to empower women and share my journey through conceiving, overcoming obstacles, being a first-time mother and maybe give hope to those trying to become mothers. 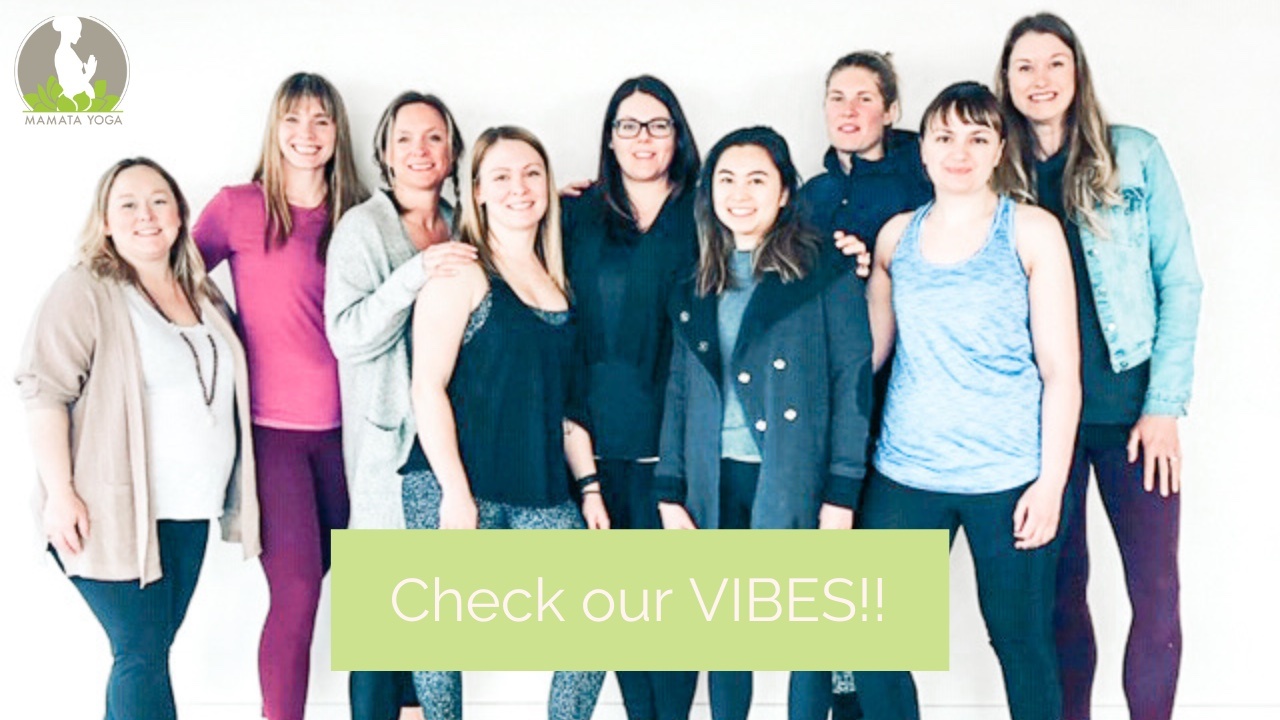 Sign up for our newsletter and join our community of teachers, educators, mothers and beings!